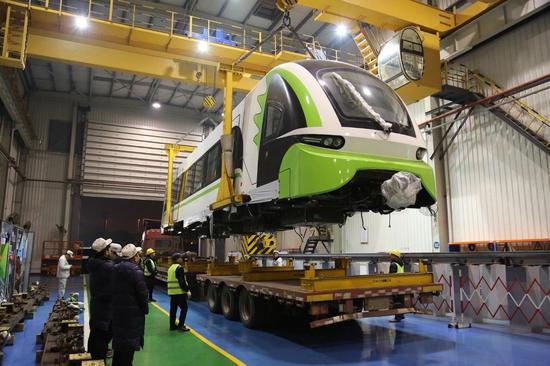 The commercial maglev 2.0 is designed to run at speeds of 160 kph, comprising three sections, carrying up to 500 passengers.

In August 2019, the commercial maglev 2.0 started speed-tests along the Changsha maglev express line.

It will be tested on higher speeds later.

Its 3.0 medium-low-speed maglev will increase capacity and acceleration speeds, running at 200 kph.