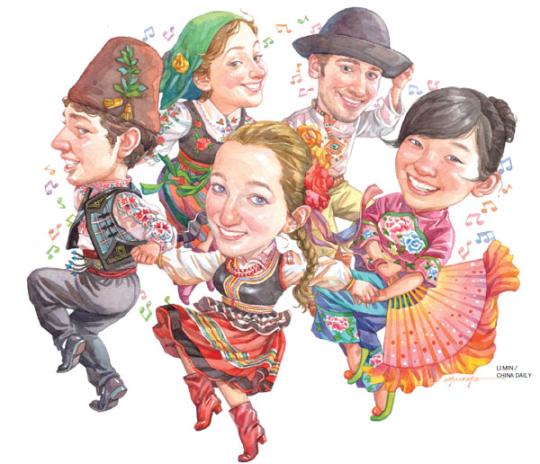 China will offer fast-track services in 18 locations starting from Sunday to better facilitate travel and trade related to the Belt and Road Initiative, the State Immigration Administration said.

"With the deepening development of the initiative, exchanges between China and countries or regions involved in the BRI continue to increase," said Qu Yunhai, deputy director of the administration.

Since 2013, the number of people entering and leaving the country has increased by an average of 6.3 percent annually, Qu said on Sunday.

Special channels were launched on Sunday at 12 airports and six land crossings to provide convenient border check services for people involved in construction projects or participating in activities related to BRI countries, the administration said.

Xiang Yongjun, head of the border check department at the administration, said the airports have many international air routes and the land crossings provide passage for people and goods to neighboring countries.

The measures will make these airports and crossings better facilitate exchanges and trade between China and other countries, Xiang said.

Foreigners invited to China to participate in activities related to the BRI can apply for express visas. For foreigners participating in BRI-related projects who need to stay in China, document processing times have been shortened from 15 to five working days for the issuance of temporary residency permits, including for spouses and children, the administration said.

For foreign crew members engaged in BRI-related maritime transport, if they need to apply for temporary residency certificates in China, processing times will be shortened from seven to three working days, the administration said.

"Amid increasing international shipping activity there is a great demand for manpower. Many crew members will change shifts in China and take other transport to leave the country," said Jia Tongbin, an official with the administration in charge of managing foreigners.

"Some ports are located in cities without international flights, and foreign crew members need to apply for certificates to stay, or go to other cities or countries after their shifts," Jia said.

Certificates will be issued on the day of approval for emergencies of foreign crew members, he added.