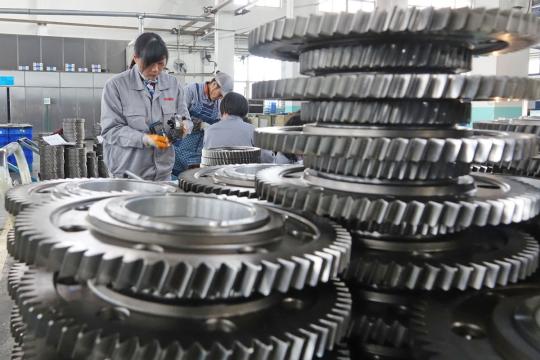 The growth of manufacturing activity in China eased in April but remained within expansion territory, adding to the confidence that the country's economy is stabilizing.

The purchasing managers index for the country's manufacturing sector came in at 50.1 in April, slightly down from 50.5 in March, the National Bureau of Statistics said on Tuesday.

A reading above 50 indicates expansion, while one below it reflects contraction.

Senior NBS official Zhao Qinghe said in a statement that factory activity continued a steady expansion in April, with the subindexes for production and for new orders standing respectively at 52.1 and 51.4. The readings are slightly lower than those in March, but they are higher than the average performance of the first quarter.

"Market demand is driving a stable growth in production," Zhao said, adding strong growth in emerging industries, such as high-tech and equipment manufacturing, also contributed to the steady performance.