Want to type one of the world's oldest language? Now you can 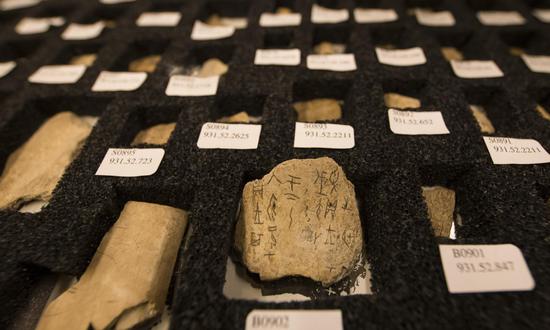 Chinese researchers have developed a numeral-based coding system to facilitate the search and study of oracle bone script, the oldest written Chinese language.

As the earliest form of Chinese characters, oracle bone inscriptions are found on turtle shells and animal bones, dating back 3,000 years to the Shang Dynasty (1600-1046 B.C.).

Liu Zhixiang, a 77-year-old researcher from Lanzhou University, and two colleagues designed a coding system to assign a six-digit code to each oracle bone character.

Based on these traits, the researchers designed a coding system to type the language into computers. The coding system is used along with software, which incorporates 8,700 character patterns and variations from an oracle bone script dictionary.

A publisher in Sichuan has recently published a book on the use of the codes, said Yang Bo, an editor of the publishing company.

"Even people who do not know oracle bone writings will be able to search and type the language. I hope it will make studying oracle script easier," he said.

It took researchers over 10 years to develop the codes as pictographic oracle character patterns do not have modern corresponding characters.